Home  |  Parenting Tips   |  Are you raising our kids like the “Three little pigs”? 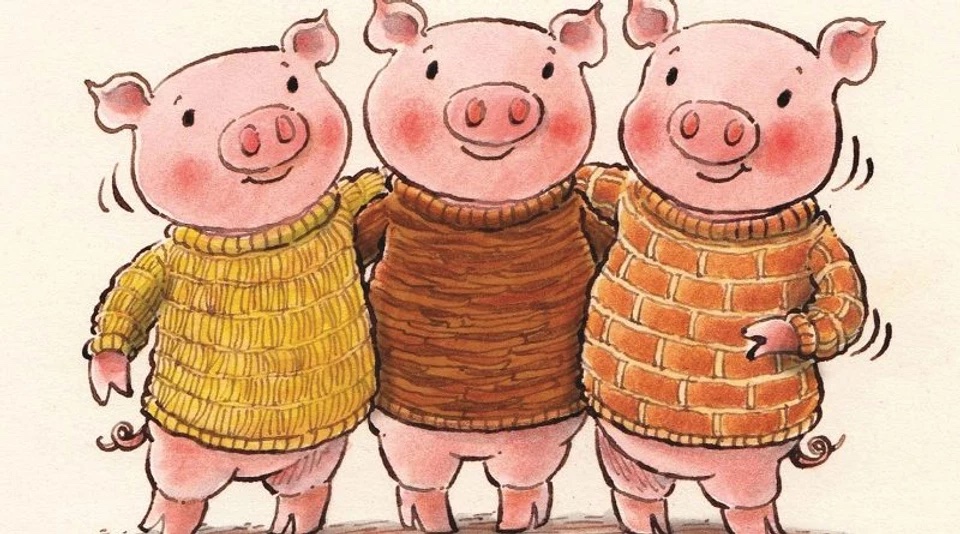 Are you raising our kids like the “Three little pigs”?

You remember the story don’t you? If not, let me provide a brief synopsis.

Once upon a time there were three little pigs and when they were old enough to leave home and make a life for themselves, their mother told them “whatever you do, do it to the best that you can because that’s the way to get along in the world.”

The first little pig built his house out of straw

The second pig built his house out of sticks

The third little pig built his house out of bricks

When the big, bad wolf came along he huffed and puffed and blew down the house built with straw because the pig was too lazy to do his best.

When the big, bad wolf came along he huffed and puffed and blew down the house built with sticks because that pig wanted to do what was easy rather than doing what was best.

When the big, bad wolf came along he huffed and puffed and could not blow down the house built with bricks because that pig took his time and did his best.

So why do we raise our kids like the story of the three little pigs?

I get it, this New not so normal world of COVID is a challenge.  But we have gotten through the vicissitudes of life before.  Just because we are overwhelmed, overworked, overtired, overstressed and overloaded doesn’t mean we become too lazy to say “NO” to our children just to avoid a meltdown in the grocery store.

I know it is EASIER to “avoid teaching” them the words “May I have a cookie please” rather than allowing them to grunt, point and motion to the cookie jar.

We as parents and families have a calling on our lives to do our BEST!  It is our God given responsibility to not build children with straw and sticks so that they become easily blown down by the wolves of life who come along down the road in their pre-teen years for the sole purpose of stealing your child’s innocence or luring them into disparaging behaviors.

Our calling is to take the time NOW that God has given us and raise ADULTS not children.  Is it simple? YES IT ACTUALLY IS.  However, I will be the first one to tell you it is not EASY!

Let’s start doing the brick building work to create strong children so that we don’t have to repair broken adults as our mentor Frederick Douglass so eloquently warned us.

If you are looking for something easy, I warn you don’t become a parent!

The story ends with the third little pig inviting his mother to dinner. She said “You see it is just as I told you. The way to get along in the world is to do things as well as you can.

Parents and Families – let’s do better!

We are in God’s Hands