Home  |  Dr. Deborah’s Thoughts   |  WE THE PEOPLE are tired of “thoughts and prayers” 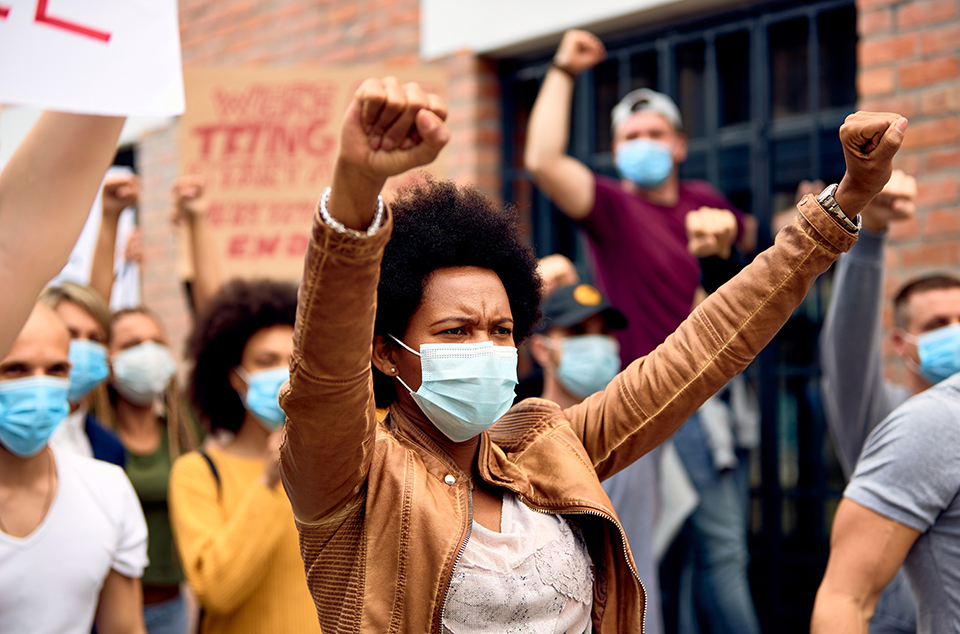 WE THE PEOPLE are tired of “thoughts and prayers”

Throughout history, the truth is that the church and WE THE PEOPLE have remained silent on issues that relate to the least, left out and lost. The church has been more concerned with what was happening within the walls of the church rather than going out into the hedges and highways and compelling all men and women to come.  While we adhere to what John says in the 22nd chapter of Revelations…. Come, Lord Jesus Come. The church is waiting for Jesus to come down. But Jesus is waiting for WE THE PEOPLE to STAND UP.  I like Fannie Lou Hamer and am sick and tired of comfortable Christians who are living a secure, solitary, secluded life which is clearly not the goal of Christianity.   The purpose of life is not to arrive safely at death.  The church is supposed to be the prophetic voice for the world. We are the light of the world. Yet, throughout history we have been dimming our light. What is the point of lighting the candle and then putting it under a bushel when its purpose is to shine light? We must speak truth to power if we are to effect change in this world and become the kind of Christians that bear witness to God’s justice. When the 16th Street Baptist Church was bombed and killed four little girls the Christians could have stood up against the racist status quo, but they did not. When black and brown people were denied basic human rights, the church could have stood up, but they didn’t.  They condoned it. Jemar Tisby, the author of the Color of Compromise says; racism never goes away, it just adapts. Evangelicals need to tell the truth. We will never get to reconciliation without confession. If there is no confession, there can be no justice.  We cannot continue putting band-aids on bullet wounds. Just in the last two weeks there have been too many mass shootings.  What will it take for

We the People to be the change we want to see in the world?  We must stop overlooking the suffering of black and brown people and begin to ACT!  Faith without works is dead!  We are tired of “your thoughts and prayers”. What can we do to get everyone on the same page when it comes to protecting our sons, daughters, and families?   In Isabel Wilkerson’s book Caste, her central metaphor is one of a house that has fallen into disrepair. The house is the U.S., and our caste system has caused the damage.

It is my prayer that we go down into the basement, face the cracks and decide what we can do to equalize the columns of the old house and stop the leaks from destroying the very foundation.

7 Tips for Families during a Crisis