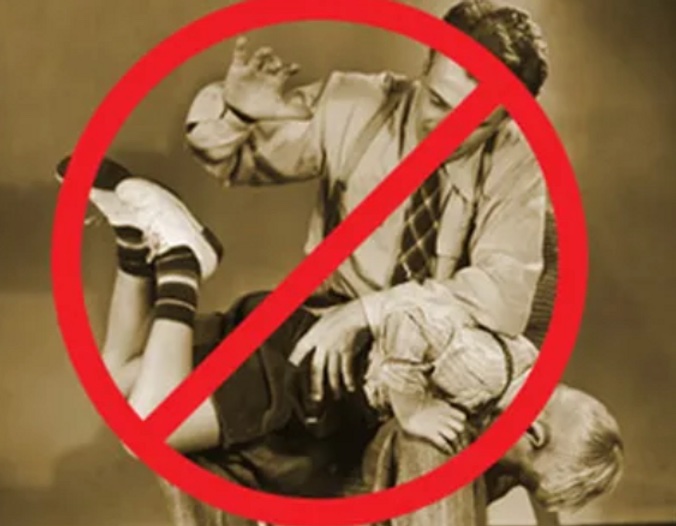 Time out for “Harsh” Parenting

Why are we yelling, hitting, beating and not listening to our children?

People come to me all the time asking for my advice on “spanking”. Although it is a very sticky conversation, much of my research, personal experience, early childhood education and knowledge bids me to tell you the TRUTH!

Studies on spanking kids reveal that Jesus was right– the use of violence only creates a cycle of more violence.

A study conducted by Columbia and Princeton actually revealed a shocking fact: aggression and unwanted behaviors are directly linked to spanking. In the study, spanking only escalated the presence of unwanted behaviors at future ages, triggering what the researchers called an “arms race” requiring the parents to actually spank more, which in turn triggers more of the negative behaviors (including violent behavior), locking the parent and child into a hopeless cycle.

The key to having a well-behaved child at the benchmark ages of 3, 5, and 9; The study shows the key is nonviolent parenting. This shouldn’t be a shock to us however, because Jesus taught 2,000 years ago that violence only creates a cycle that cannot be broken until one opts out of the violent system completely. This means that Jesus invites you to opt out of hitting your kids ever again. What is even more alarming is a study that contends that spanking actually damages the prefrontal cortex of the brain.

The damage caused to the brain is a reduction of gray matter, which is directly linked to depression, addiction, and other mental disorders. Furthermore, and this is where things get really ironic, we must ask the question: what is this importance of gray matter in the prefrontal cortex of the brain? According to a study in the Journal of Cognitive Neuroscience, here is the sad correlation.

“The more gray matter you have in the decision-making, thought-processing part of your brain (the prefrontal cortex), the better your ability to evaluate rewards and consequences…” Let that sink in: the more you spank your kids, the less gray matter they have in their prefrontal cortex. The less gray matter they have, the less they are able to evaluate how to make a wise and good decision. This means that spanking is getting you exactly what you do NOT want: a child who is less able to make good choices. Combine that with other studies showing they’re less intelligent and more depressed, and you’ve got a pretty damning case.

Refraining from spanking kids doesn’t mean that a parent refrains from all the things required to teach and help a child develop– it just means that one has agreed to teach a child without the use of violence. Spanking, to be frank, is lazy parenting- it requires the least amount of thought and effort on the part of a parent when we should be willing to be more creative in order to teach our kids without damaging them. Furthermore, hitting our kids is inconsistent with the Jesus we find in the New Testament– the Jesus who declared that the gentle (meek, nonviolent) are the ones who will be blessed.

When one considers the fact that studies overwhelmingly show that spanking is seriously harmful to children, that it damages their brains, lowers their IQ’s, reduces their ability to make good choices, increases their aggression/violence, and leads to a pattern of negative behaviors that simply require more violence on the part of the parent, the scientific evidence against spanking should be clear. When a Christian couples that scientific evidence with the nonviolent teachings of Jesus from the New Testament, along with a warning from Jesus himself that it would be better to be thrown into the sea than to harm a child, there aren’t many arguments left to support the old way of doing things.

As uncomfortable as this might make you, the result is this: Jesus wants you to stop spanking your child. Although I understand this may not sit well with many, what I know for sure is that we become who we are by the choices we make. When we know better we do BETTER! Love enough to stop hitting. My people perish for the lack of knowledge Hosea 4:6

The Best YOU EVER

Prayers For Our Children